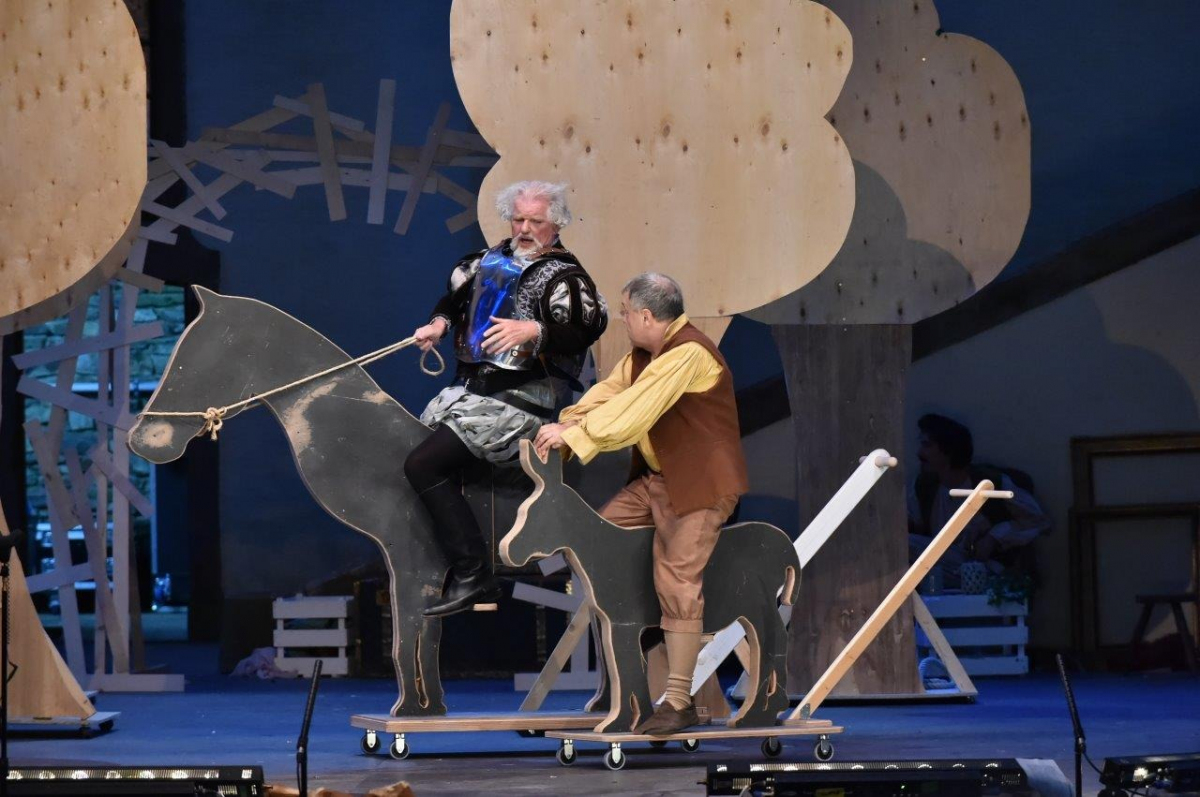 Don Quichotte remains the true hero in this episode from Cervantes´ novel as he alone remains steadfast in his ideals. A Duke and Duchess invite Don Quixote and his accomplice Sancho Panza to a party in their home, seeking to amuse their court.  The two become the brunt of a series of tasteless jokes as the royalty poke fun at their two honored guests.  The Duchess pretends to be Altisidore, intending to divert Quixote from his obsession with Dulcinea. Even when acting as the Queen of Japan, she is unsuccessful. There are fights with a monster, an encounter with a giant, a bear chase, and even magic spells. At first amusing to the noble guests, Don Quixote becomes charming, and by the end of the evening turns into a truly admirable character, facing the cruel mockery of the courtiers with grace and profundity.

The plot by Charles Simon Favart mingles the comic and the sad, underlining the original moral themes penned by Cervantes.

Joseph Bodin de Boismortier, an ever successful and flashy composer, wrote this comédie-lyrique (comic ballet) for Carnival at the Paris Opera in 1743, and its immediate success brought abundant support and participation of the greatest stars of his time. Don Quichotte chez la Duchesse (Don Quixote at the home of the Duchess) is new, light, and dazzling still today: a fast overture is followed by three acts with nonstop arias and playful dances. There is plenty of room for imagination and fantasy, and our addition of three circus artists adds to the revelry of the evening as dreams really do become reality and magic unfolds. ​